which are quite different than rule systems presently used in many other organizations.

With the most points for submissions

Points: (for 2nd round only)

Gaining a Position of Advantage: 1 Point
(gaining top mount, headlock hold down, side mount, or the taking the back with 2 hooks in)

Escaping a Position of Advantage: 1 Point
(going from a disadvantage position to a neutral position)

How to Win a Match:
1. Submission, or Points (in the 2nd round), or disqualification
(2 fouls or referee's discretion)
2. Verbal tap out of the opponent: ("stop" or "mate" or if an opponent screams or yells.)
3. Judges may call any match.
The judge will call a match if he/she feels there is potential harm to the competitor if the technique is fully applied,

or if a competitor is disqualified.

Modified Double Elimination: for No-Gi brackets with over 5 competitors. This means if you win through the bracket and meet someone that you have defeated before, for the second time, you do not have to defeat them again.

True Double Elimination: for No-Gi brackets with 5 or under competitors. This means that every competitor has to be defeated twice in a match to be eliminated from competition without exception. In this case you may have to face the same person twice even though you have defeated them previously. As well, if you have been defeated by someone and meet them again, you may have to defeat them in two separate matches to eliminate them from the bracket.

Simulated Submission divisions allow fights to continue even after an opponent has "tapped".

These submissions will be awarded points and will supersede any positional advantage.

In our Simulated Submission Divisions, fighters will score a point for each submission position applied. The referee will stop the match before possible injury, award 1 submission point and then restart both competitors on their feet. These points supersede positional points when determining a winner.

*see Illegal Submissions - Under 18 Divisions for specifics on leglock based submissions for under 18.

Illegal submissions include all submissions that attack a joint smaller than the wrist or ankle including all variations of finger locks and toe locks. (toe holds are legal because it attacks the ankle not the toes)

**intentional neck locks means that it is applied knowingly to try to submit the opponent in a twisting or barring the neck motion. Example: Sitting in mount position and wrapping the arms around the back of the neck in figure four and applying a squeezing, twisting or barring motion. The referee will not consider the technique an intensional neck lock if the opponent puts his/her own head/neck in a twisted or barred position in an attempt to escape a choke or other legal submission. If the Referee feels that the opponent is in danger, the Referee may call a safety stoppage and will award the win to the competitor that was initially applying the legal submission.

No Stalling. (Both Competitors must be working to improve position and apply submissions. Standing or in a grounded position competitors may not go backwards more than the equivalent of 2 steps without moving forward to attack or improve their position. Securing and holding the position for an excessive period of time (over 20 seconds - Referees discretion) without attempts to improve or submit will be warned once for stalling. (no stop in match)The second warning is a foul and the competitors will be stood back up and restarted. This may affect the score. There will be no additional warnings.

The next offense in the match will be called as the second foul and will result in disqualification from the match.
No attacks to the eyes of the competitor.
(Up to 5 Minutes Recovery if Match continues)
Intentional contact to the groin is not allowed.
(Up to 5 Minutes Recovery if Match continues)
No biting or fish hooking (fingers in mouth)
Placing your fingers in any orifice is not allowed.
No slamming from Guard or submission defense from above the waist.
No strikes of any kind.
No uncontrolled throws. (throwing some away from you - i.e. Pro wrestling body slam)
No spiking an opponent on their head.
No Biting, Pinching, gouging or pulling hair
No applying any submission in a violent or excessive manner .(must give the opponent a chance to tap out. - Referees discretion)
Intentionally attempting to injure your opponent.
Cursing or arguing with a referee, opponent, coach or event staff member.
The above techniques can be deemed ***un-sportsmanlike conduct and can result in disqualification from the match or tournament.

***Un-sportsmanlike Conduct is defined as any act considered to be a physical display of disrespect to an official, other competitor or spectator. This includes but is not limited to arguing with an official, profanity, vulgarity, throwing of equipment, speaking in a loud or disrespectful manner. These results in one or all of the following: warning to the competitor, points awarded to the opponent, disqualification of the competitor from the match and or disqualification from the tournament.

• When grappling, students are taught to do joint hyperextension and chokes.
During this process scratches may occur. It is extremely important that students
tap out so injuries do not occur.

• If there are 3 competitors we will use the by-system.

There must be at least 2 competitors in a division or we will combine them in another group.

• Weight divisions are the same for Gi and No-Gi.

• Referee has the discretion to call a match for use of excessive force (competitor refuses to release pressure after opponent submits or opponent refuses to submit and the referee believes that the submission will cause immediate damge or injury.)

The referee will be shown maximum respect at all times. Their decisions are final and will not be disputed.

WE WILL NOT REVIEW ANY VIDEOS TAKEN TO DISPUTE A REF'S DECISION.

• If the competitors near the edges of the ring, the judge will restart them in a standing, or back to original position.

The referee will make the call!

*If you wrestled in high school or college, you need to enter as at least an intermediate.

*Divisions are subject to change depending on size of event; combined or expanded.

*Birth certificate or driver's license may be asked for at weigh-ins.
If your child is big for his/her age, please bring their birth certificate in case a competitor or coach questions their age.

*In all divisions, competitors from the same school will not be matched up
unless it's unavoidable.

*If you are a senior or a master, you may compete in the mens divisions, but you cannot do both.

*An error must be corrected before a match begins.
Once the match starts, no changes will be made.

*Referees have the ability to call any match for any reason: unsafe techniques, unsportsmanlike conduct, disrespect to referees, out of control parents or coaches.

*No one will be allowed to compete under the influence of drugs or alcohol.

*Promoter Has the Right to Refuse Any Entry to this Invitational Event!

Board shorts/MMA shorts are ok as long as they don't have belt loops or pockets.

Gi pants are not recommended because someone can accidentally grab them.

Shirt or no shirt is up to you.

A rashguard is recommended.

Wrestling shoes or barefoot, either is fine. 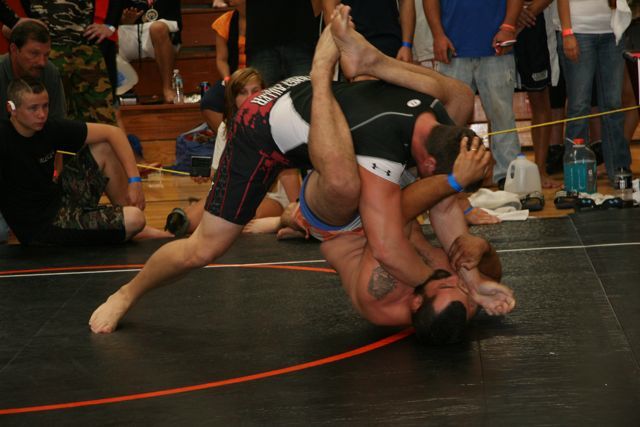 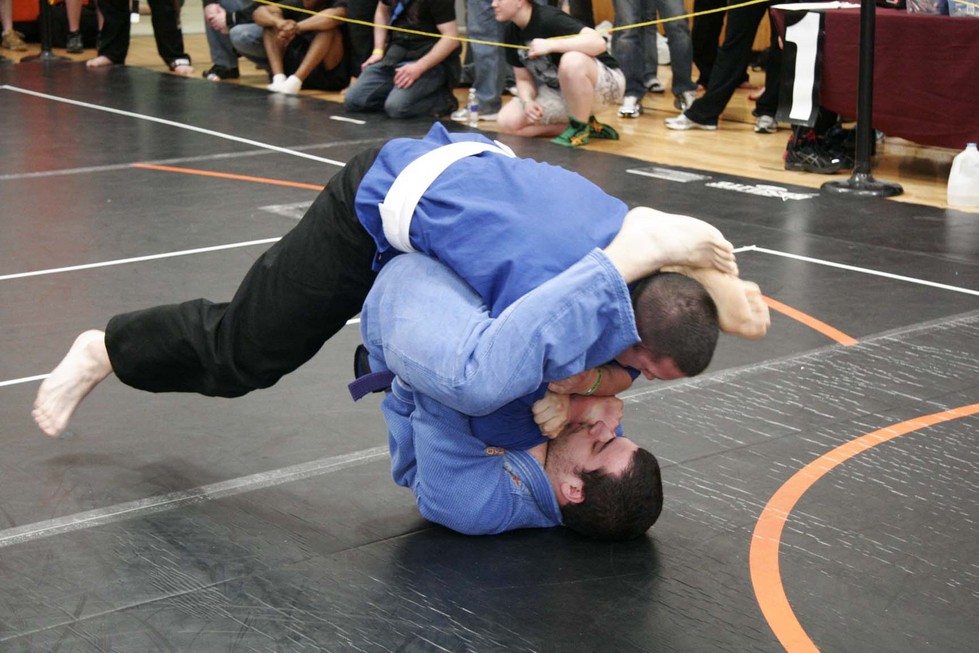